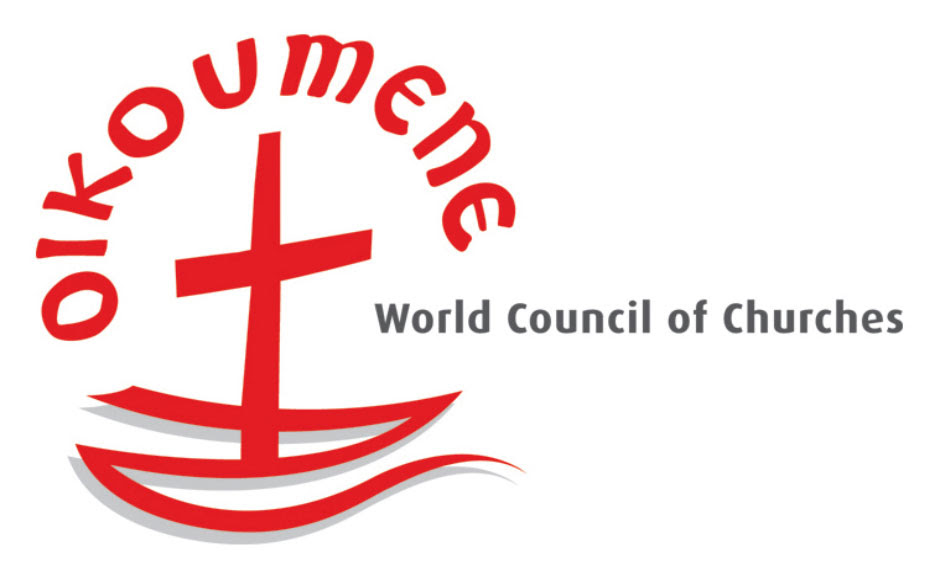 
Nathan Söderblom (1866-1931):
hier mehr  (Wikipedia)
WCC, 29 August 2018
By Tore Samuelsson*
The archbishop Dr Nathan Söderblom, an ecumenical forerunner and messenger of peace in war-torn Europe, challenged a deeply divided Christianity 100 years ago. Against all odds, the Stockholm Conference on Life and Work in 1925 gathered church leaders at a scale the world had not seen since Nicaea 1600 years earlier. And it did not end there.
Söderblom, born in 1866 at Trönö in Hälsingland, Sweden, became a connector between the 19thcentury of revivals and the 20th century marked by the ecumenical movements. As a global ecumenical peacemaker, his notable career culminated in December 1930 with the Nobel Peace Prize.

The Söderblom story unfolded as the multi-talented young theologian with a growing interest in mission work settled in Uppsala in the late 19th century. Moved by God in his early years, humble, yet staunch and throughout his life faithful to his calling, Söderblom opened up significant routes in the European turmoil. And his bridge-building expanded dramatically as he was appointed archbishop of Uppsala, Church of Sweden, in 1914, following earlier studies in France and a professorship in German Leipzig.
Söderblom turned out to be a strategic and efficient messenger of ecumenism, peace and justice in the first decades of the 20th century. He injected hope before, during, and after, the horrors of first World War. Multi-talented, he used his gifts, as a preacher, writer and diplomat, he brought down walls and made connections between deeply divided peoples and disillusioned churches.
As a hard-working archbishop out of Sweden, Söderblom developed a strategic national church platform with powerful societal and political connections, not just in western and eastern Europe but in the USA, Middle East, Asia and part of Africa. He built up an intense “shuttle-diplomacy” 50 years before this term is framed in Henry Kissinger’s Middle East engagement.

Söderblom developed his personal contacts, traveled extensively, and sent personal envoys. His skills as a bridge-builder were demonstrated by his massive correspondence: 90,000 letters from and to Söderblom – of which 30,000 he wrote – are organized by his wife Anna Söderblom, and publicly available in the archives at Carolina Rediviva in Uppsala.
The comprehensive book Artisan of Christian Unity between North and East (Felicitas 2014) accounts for Söderblom’s correspondence with Orthodox personalities 1896 to 1931. Patriarch Daniel of the Romanian Orthodox Church praises Söderblom for “creating bonds of trust, respect and friendship between divided Christians”. He is behind protestant churches’ new openness towards the Orthodox churches and this enables a “massive Orthodox presence at the Stockholm Conference in August 1925”.
Dr Jan Henningsson, great-grandchild of Söderblom and renowned expert on religion and Islam, spoke about the importance of his great-grandfather’s genuine human interest:
“His greatest gift was the unmediated understanding of the hearts and minds – especially the personal piety – of learned and simple alike. His eye sought – and usually found – the uniqueness in every man or woman he came to know, either through a living encounter or through literature.”

Driven by his vision to promote unity through “practical Christianity”, Söderblom tirelessly worked for peace and justice. The Life and Work movement became his primary tool, but he is engaged also in the Faith and Order movement, as well as the International Missionary Council. Strategically using other ecumenical initiatives during and after World War I, Söderblom finally managed to anchor the idea of a major ecumenical conference in Sweden. A 25-member working group is appointed at the Life and Work preparatory meeting in Geneva in August 1920, and the Orthodox are on-board, thanks to Söderblom’s contact and manoeuvring.
It took another five years of preparations, negotiations, diplomacy and communication tactics to get the 680 delegates, many of them elected from Protestant and Orthodox churches in 37 countries, to Stockholm in August 1925. Söderblom appreciated particularly the Orthodox participation: “Never until now had Orthodox Christianity been represented at any meeting so completely.”
The delegates were received by officials in Sweden in a splendid set-up, including government and business sponsors, and not just the Lutheran Church of Sweden. The agenda for the nine days was overwhelming: 115 papers and 36 sermons, and a number of other events engaging many of Sweden’s top-class writers and musicians.
Most important to Söderblom - who spoke only twice, in the opening and the closing sermon - is the meeting, which he insisted on calling a conference. He had high hopes in what meetings between people could lead to, and this meeting was truly representative.

In the paths of Söderblom

Söderblom and many of those who met in Stockholm 1925, nurtured the ecumenical vision of action and unity. There was a “continuation committee” and the establishment of an ecumenical institute in Geneva. Plans for a more hands-on Stockholm II developed and finally came true, although not in Stockholm but in Oxford 1937.
World Council Churches (WCC) Faith and Order director Rev. Dr Odair Pedroso Mateus, is fascinated by Söderblom’s achievements in the early ecumenical movement, not least that he managed to bring the Orthodox churches on board from1920: “He is a leader who in faith struggled with the challenges in that time. He wanted the churches to respond together. And as he did that, he never lost sight of the importance of pursuing reconciliation of churches.”
Söderblom passed away in 1931, but his legacy lives on. The first general secretary of WCC, Dr Willem A. Visser t’ Hooft, had as a student attended the Stockholm meeting. Forty-three years later, he was back in Sweden as one of the speakers at the WCC Fourth Assembly.

“Now, not tomorrow, is the time to act”

Söderblom was true to his call and vision of unity through “practical Christianity” and contributed substantially to the early ecumenical prologue. A quote picked up from the first WCC Assembly in 1948 captures work in the spirit of the ecumenical forerunner. It could have been formulated by Söderblom already in the 1920s; and it is equally relevant in the context of the 21st century: “Now, not tomorrow, is the time to act. God does not wait for us to be perfect; He is willing to use very imperfect instruments. What matters is that the instrument should be available for His use.”
Dr Sara Gehlin, researcher with a particular focus on issues of peace and ecumenism points at Söderblom’s relevance also today: “I believe that Söderblom would have encouraged religious leaders of today to use the theological resources of their religious traditions in the service of peace. Moreover, I believe that he would have pleaded for their cooperation in resisting religiously motivated violence.”
Rev. Dr Antje Jackelén, archbishop of Uppsala, Church of Sweden, in a similar way connects global threats of the 21st century with the heritage of Söderblom in an article 100 years after his ordination as archbishop: “Söderblom was of course not aware of the climate challenge of our time, but his simple advice not to do alone what can be carried out together, is important to all ecumenism, Christian as well as inter-religious.”
* Tore Samuelsson, freelance journalist, former director of communication
at Life & Peace Institute in Uppsala, Sweden.
More information:
WCC 70th anniversary: www.oikoumene.org/wcc70
WCC member churches in Sweden
WCC message on the 100th anniversary of Nathan Söderblom’s
consecration as Archbishop of Uppsala
Eingestellt von +Reinhard Kirste um 15:55 Keine Kommentare: Links zu diesem Post