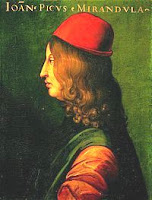 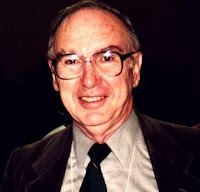 Dear Josef,
Besides personal communications, I have written you two open letters since we were colleagues on the Catholic Theology Faculty of the University of Tubingen, Germany.
I am writing you once again openly, this time not to pose an objection to an action of yours. Rather, I am writing this time to congratulate you upon the bravest and wisest act of your life: Your decision to resign from the papacy because of failing health for the good of the Church!
As a fellow academic who almost matches you in age, I wish you many good years of quiet reflection, scholarship, and writing after February 28, 2013.
But, before you go into that grey world of quietude, I urge you to take one more brave stand for the good of the Church, and the world at large. As the cardinals, and, indeed, the whole world, gather at your feet at the end of this month, I hope that you will send them into the Consistory to elect your successor with a visionary commission – this time not as Dean of the College of Cardinals as you did eight years ago, but this time as reigning/resigning pope.
In your vision I hope you will portray a Catholic Church which is also catholic with a small as well as a capital “C,” that is, a Catholic Church that not only holds to the best of its Catholic tradition, but also opens itself out to the entire kat’holos, the “whole” world. I and many, many other Catholics believe that vision must be of a Church that welcomes and strives to help the “outsiders” of society, as modeled by our “Outsider” Founder Rabbi Yeshua ha Notzri, Jesus of Nazareth.
Who are these outsiders? First of all, that majority: Women! You have written books about Jesus, and so you doubtless know that Jesus Was a Feminist! I am sure that you have not had time to read my 2007 book of that title, but you know the facts that, if we never had the testimony about Jesus’ life passed on to us by his women followers and promoted by the rest of the women named in the New Testament, we would have no Christianity today! The Catholic Church needs to follow the example of our Founder and bring women fully into the life of our Church.
Jesus also gave us a model of how to care for and protect another great outsider group – children. The Church’s shameful sacrificing of these “little ones” must not only cease, but its new, cleansed reality must lead the way in a world which is full of the oppression of children, which doubtless has been happening since Cain and Able.
Then there are the poor of all sorts in all societies. Here, fortunately, the Catholic Church has a more than century old tradition of preaching and acting in favor of the poor, marginalized. But it must make this tradition much more effective among its members, especially those who have leadership roles in government and business. For example, not all American Catholics put the principles of Catholic social justice into political and business practice!
That means that the Church leadership must cease it obsession with sex! It must stop oppressing homosexuals, recognize that Jesus did allow for divorce and remarriage, cease forcing the priesthood into the straightjacket of celibacy and maleness. Stop denigrating the body, but stress the beauty of all matter as created by God, which at the end of each day of creation was said in Genesis to be tov, good, and even mod tov, very good!

So Josef, this should be the greatest sermon of your life. Give it your best shot!
Vergelts Gott!
Len 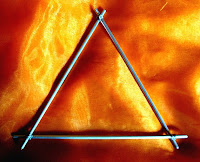